admin
'Doctor Strange lost his heart instead of his hands?' is the fourth episode of 'Marvel's What If...?'. Is this the best episode yet?
#MarvelsWhatIf #WhatIf #DoctorStrange #Marvel


Stuff I (probably) stole from Wikipedia:
What If...? is an American animated anthology series created by A.C. Bradley for the streaming service Disney+, based on the Marvel Comics series of the same name. It is the fourth television series in the Marvel Cinematic Universe (MCU) produced by Marvel Studios, and the studio's first animated series. The series explores alternate timelines in the multiverse that show what would happen if major moments from the MCU films occurred differently. Bradley serves as head writer with Bryan Andrews directing.

Jeffrey Wright stars as the Watcher, who narrates the series, alongside many MCU film actors reprising their roles. By September 2018, Marvel Studios was developing a number of series for Disney+, with Bradley and Andrews joining by the end of 2018. The series was officially announced in April 2019. Marvel Studios' head of visual development Ryan Meinerding helped define the series' cel-shaded animation style, which was designed to reflect the films and take inspiration from classic American illustrators. Animation for the first season is provided by Blue Spirit, Squeeze, and Flying Bark Productions, with Stephan Franck as head of animation.

The first season of What If...? premiered on August 11, 2021, and will consist of nine episodes, concluding on October 6. It is part of Phase Four of the MCU. A second nine-episode season is expected to premiere as early as 2022. 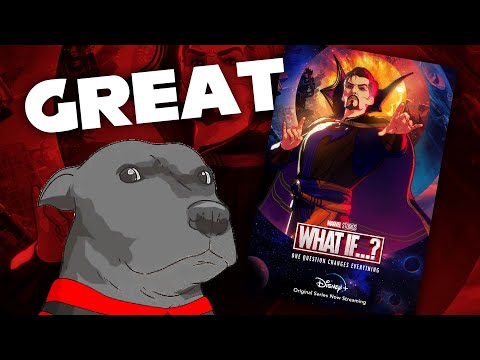 'Doctor Strange lost his heart instead of his hands?' is the fourth episode of 'Marvel's What If...?'. Is this the best episode yet? #MarvelsWhatIf #W...